Residents of Santa Ana have a lot to be excited about: Easy access to the famous amenities of nearby Anaheim (Disneyland, Knott's Berry Farm) and shopping at Costa Mesa's South Coast Plaza. Within its own borders it boasts the Santa Ana Zoo, The Bowers Museum, and the Discovery Science Center. Such opportunities keep residents actively entertained and culturally educated.

This Orange County community of 330,000 people loves its history and arts, especially in the Downtown Santa Ana Historic District, which includes The Artists Village with its galleries and studios as well as the pedestrian-friendly Calle Cuartro Market with shopping and restaurants. The non-profit Frieda Cinema is locally known as “Orange County's year-round film festival”.

While getting around is mostly done by car via the S405 and the Santa Ana freeways, Orange County Transportation Authority offers bus routes throughout the area while Metrolink's Orange County Line and Inland Empire-Orange County Line provides rail service. The John Wayne Airport is an easy come-and-go, allowing residents to avoid the massive airports operations in San Diego and Los Angeles.

If you're lucky enough to live in Santa Ana, you'll want to stay near its many amenities. So, let Silvernest's roommate finder service help you find your perfect place in Santa Ana, just 10 miles from the Pacific Ocean. "Welcome home" is just an open door away. 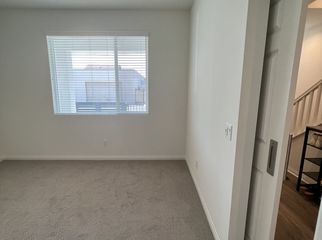 room for rent is one of the master bedrooms 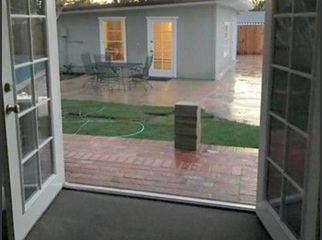 Remodeled 50's bungalow - one or two bed for rent 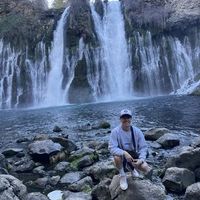 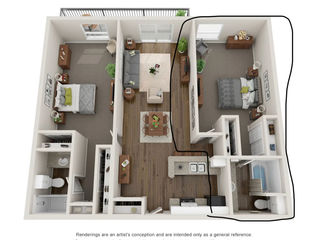 ROOM FOR RENT Move in available May 29th , June 1 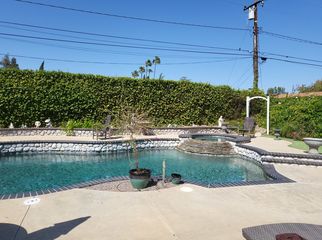 Tell us a little bit about you and what you want your ideal Santa Ana house share to be. Be as specific as you can to ensure that you and your potential Santa Ana roommates will be as compatible as possible.

Search our listings of homes to share. Our unique matching tool does the rest. Homeowners review your profile and arrange a meeting. You're on your way to finding Santa Ana roommates.

Sign your lease and unpack your toothbrush. Enjoy your new space and your new-found Santa Ana roommate. Relax knowing you’ve made the right choice.